Sometimes, it's too Important for Voice Mail 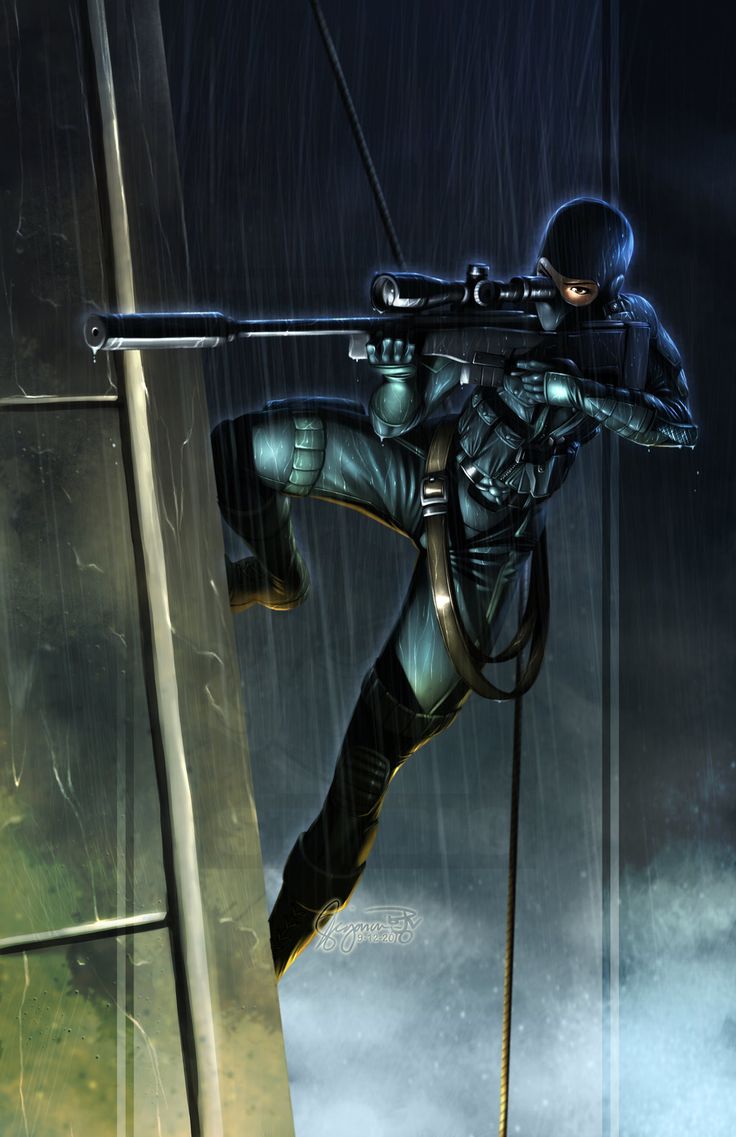 The crosswind was really starting to act up when the phone call icon popped up on my implant hud. Constance. At 2 AM. On a Wednesday.

With a sigh, I subvocally activated the vidphone pop-up, partially obscuring the rain-splattered roof of the Aztecnology helipad far below. Constance was, predictably, not looking too happy.

“Where the fuck are you?” she asked, crossing her arms.

“Umm..” I considered telling her that I was 40 stories off the ground on the outside of a very upscale hab tower, staring through my implants at the location where a very off-book Thunderbird was about to land some very-very off-book passengers.

I considered also mentioning that the crosswind was adding to the considerable load on the grapple line and making steady sighting dicey, not to mention threatening to blow me off the side of the building.

After some contemplation, I decided to go with “At work.”

“Seriously? How stupid do you think I am? You expect me to believe that the shitty little corp you work for has you out at 2 AM on a Wednesday? For the money they pay you?”

So. The booty call had not worked out the way she’d expected, and now she was trying to figure out if I was cheating on her. Just what the doctor ordered to make this run more interesting.

The lashing wind forced me to adjust my footing, boot treads barely keeping me braced and stable on the sheer glass side of the hab tower. Glancing up, I saw faint lights from the approaching Thunderbird.

“Listen, Constance, this is really not the best time..”

“Who is she, you asshole? Is it that blue-haired minge you were chatting up at the museum opening? I TOOK YOU TO THAT EVENT, YOU PRICK.”

Normally I like looking at Constance, even when she’s mad. Hell, especially when she’s mad. But the Thunderbird - black against the black storm and black glass of the hab towers, was coming down now. With a mental flick, I minimized her image to a blinking green icon and switched to thermodynamic vision, zooming in on the helipad far below.

“I’m not cheating on you, Constance,” I replied, keeping my breathing calm and bracing the familiar weight of the rifle against my shoulder. Range, ammo indicators, windspeed all whipped up on my hud, framing the digitally enhanced helipad with information.

“Likely story. I swore after the last elf that I was just going to date safe, boring humans. You’re worse than tom-cats, all of you. Put on the tridee, you prick. I want to see your face.”

“I’m on my bike, Constance, I’ve got you on the datajack.”

The Thunderbird landed, rotors hammering the pooled water on the pad into a fine mist, swirling around the figures as they debarked. The numbers displayed a rapidly degrading targeting situation. Rain pelted against me as the crosswind howled, slipping off the surface of my eye-shields. Now or never.

“First you’re working, now you’re on your bike? Which is it, Gwydion? I’m serious, you need to stop lying to me, or we’re done here!”

Thermographic showed three shapes getting out of the thunderbird, pixelated against the rain and hurricanes of spray. There. The second one, only partially showing a heat signature. “Target has extensive cybernetics on right side of body.”

“Gwydion. ARE YOU FUCKING IGNORING ME?”

“No, sweetheart, just traffic is a bit fucked out here, having to pay attention.”

Letting the smartgun targetting reticle rest on the head of the second figure, I pause. Heavy cyberwear on the right side. Let him turn his head and glance around, just like a military background teaches.

Now. Recoil. Implants dampening the muted crack of the shot. That familiar feeling of a bullet going just exactly where it’s supposed to go. Collapsing the hud, zooming back and flipping back to regular vision, even as the figure on the helipad crumples. Time to go.

“I’m on my way back home. We finished up a little while ago. I can meet you someplace, if you want.”

The grapple line whirls, dropping me towards the elevated parking garage far below. On the helipad, the bodyguards are just drawing their weapons, starting to scan the surrounding area, but I’m on a different face of the building now, descending quickly.

“You’re asking me out, after cheating on me? That’s pretty gutsy, even for you, Gwydion.”

Touching down on the roof of the garage, I call up my account balance. Not the boring corp striver one, the other one, in the offshore datahaven. The interesting one. Looks like everything is good to go there, payment came through.

“I’m not cheating on you Constance, why the hell would I cheat on the most interesting lady I know? 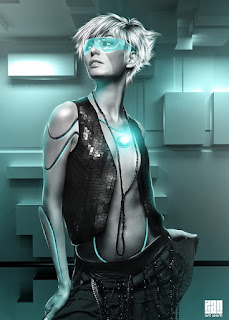 Besides, you’d murder me if I did that to you.”

“You’re fucking right I would. With a knife.”

“I know that. Listen, how about that new Tir-sushi place you were talking about? The one with the hologram walls and waterfalls. My treat.”

I bring Constance back up as I pack up the rifle into it’s case. Hands moving automatically, no attention required. She looks happier. A bit.

“Alright, but if you smell like some 10-nuyen slut when I get there, I’m going to drown you in one of those waterfalls. After I cut off your balls.”

“You better not be late.”

“I’d rather fall off a building.”
Posted by Jeremy Murphy at 3:33 PM No comments: