Let’s get things caught up on the DnD Next Dwarves campaign.

The party was initially formed by the Goldenhills Hall Paths Guild – the scouting and special operations branch of the Goldenhills Hall military.  Their first assignment was to investigate the mining outpost of Shalecliff, some days travel to the north.  Shalecliff had stopped replying, and 2 military expeditions had not returned.  A lighter touch was called for, so the special squad was sent out.

The party entered Shalecliff quietly, accessing the mining tunnels via a tailings dump outlet and working their way back to the main hall.  They didn’t take the main access lift up, instead using their Underdark druid - Stalagtite, and their experienced underdark guide - Korrum, to navigate the mining tunnels. 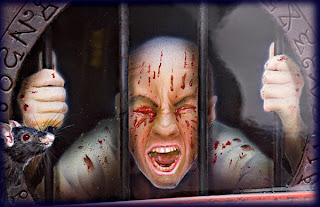 In the tunnels, they encountered an injured dwarf. His eyes have been gouged out, and chunks bitten from both palms.  His ravings are hard to decipher, but he rants about “black diamonds – waking up.  Not diamonds.  Eyes!  The screams.  The eating…”

The Horror that Came to Shalecliff (not done, but close) 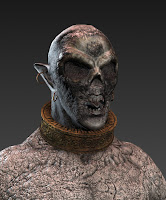 Making sure the injured dwarf is comfortable, the party continues into Shalecliff, and finds a scene of, well... horror.  Most dwarves that remain have been transformed into shambling, eyeless abominations, with crystalline claws and jagged black crystal teeth.  Working their way through the old residential areas of the hold, they fought several packs of the creatures, who prove to be little impediment to the skilled warriors.

Near the entrance to the temple of Moradin, they encounter something more dangerous.  A huge beast – a swollen monstrosity shaped like a huge dwarf, but with dozens of distorted faces emerging from it’s body and a huge black gemstone embedded in its chest.  Once again they defeat the thing, along with a pack of the lesser abominations.  As it dies, the gemstone shatters and a fistfull of slick black diamonds pour out…

Wisely ignoring the ominous stones, the party retreats to the temple of Moradin, hoping to find if the priest had survived.  Instead of refuge, they find that the temple has been profaned. The anvil altar is utterly gone, and a great hole has been dug in the floor, leading down into impenetrable darkness.

As the party enters, a pair of creatures emerge from the pit.  Horrid amalgamations of dozens of dwarves, they run along the ground on dozens of hands and legs, biting with extended snouts of jagged crystal.  It is a desperate fight, and the cleric, ranger and druid are all badly injured when a final mighty blow by Hilbo’s maul smashes the second creature into the ground. 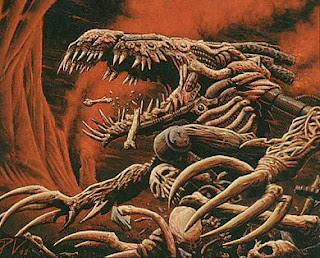 After a rest, barricaded in the priest’s chambers and considerable magical healing from the druid and cleric, the party ventures forth again.

This time they head along the main corridor towards the front entrance, with the intention of checking the noble's chambers and the hall of Duke Redhammer for survivors.  They defeat a few other shambling dwarves, and reach the gates of the Duke’s Hall, which are shut and locked, apparently from within.

From his time as a sergeant of the guard at Shalecliff, Hilbo knows the “All-Clear” passcodes which can be hammered on a metal plate set in the door, so he proceeds to knock the code.  After some minutes, the gates creak open, revealing the red-armored form of the Duke himself. Arkask, wielding the eponymous enchanted Redhammer of his house. 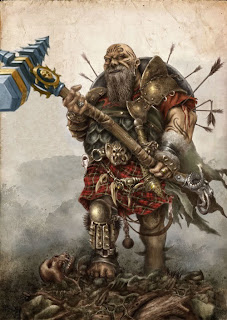 Shrieking and clearly deranged, the Duke attacks immediately and Hilbo charges to meet him.  Two armored dwarves fighting each other with mauls is always going to be a brief fight, and a whirling smash from Hilbo ends the fight almost instantly – sending Arkast sliding across the floor, stunned and breathless.   A quick pile-on and ropes later, and the Duke is restrained.

Deciding that they have the greatest prize possible from the complex, and that they have enough information to facilitate reclaiming Shalecliff, the party elects to retreat with their prize.  On the way out, they find and rescue a young dwarven woman who had locked herself in a storage room and 2 young children who were hiding in the midden/mushroom farm.

Burdened by a handful of survivors, the group retraces their steps, pick up Durin, the blinded dwarf and begin to retreat through the mines to the exit.  Unfortunately, they are pursued for hours by packs of Eyeless Hunters, horribly malformed dwarves that use their crystal talons to crawl on walls and ceilings.  After hours of nightmarish running battles and exhausted flight, the party reached the mine exit without losing a single survivor. 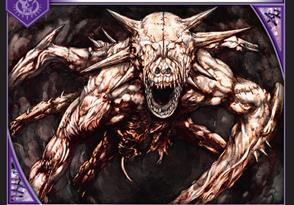 Two days back to civilization, and a Paths Guild patrol brings everyone in safely.  The party rests up while a full military expedition is sent to reclaim the shattered hold.  Success on their first mission!
Posted by Jeremy Murphy at 4:18 PM