There is a Place Where it is Never Warm

There is a place where it is never warm.  Cast in shadow by glacier-fringed granite peaks, slashed by freezing winds and hammered by icy seas, the Frozen Shore is a place of cold and death for most creatures.  Only the frozen citadel of Atlantis, carved from the base of a towering glacier, ever shows signs of life.

Gods can live and die many times, rising from the dust to answer the calls of their followers.  This is known.  What is less known is that the bones of gods, unlike other bones, do not wear away.  They are not devoured by insects, rodents or time.  Like the seas, they are eternal, and the seas claim them all eventually.

But the bones of gods, like magical rings, have too much weight for the sea to hold them forever, so the bones are washed up onto the Frozen Shore, where the Atlantean servants of the Angakoks pick among the frozen tangles for necromantic treasure.  On most days, the Frozen Shore is a quiet, desolate place; the moaning wind and crashing waves are the only sounds.

Today, the shore echoes with unusual noise.  The massive ice citadel accreted on the slopes of the cliffs is under siege by hundreds of wolfskin-clad warriors, crossbowmen and armored warriors.  Fires burn along the upper slopes of the beach, and the smashing roar of the attacks drowns even the pounding of the ceaseless waves.

As the attackers form up to assault the frozen gates, massive blue-skinned figures appear on the battlements, throwing down chunks of ice and stone.  Smaller, fun-clad figures move among them, throwing javelins and icy spears.  Whirling gusts of wind, moving as if guided, toss many of the missiles away, but the rocks and ice fall among the attackers, driving them back.  Still, the huge gates have taken damage, and the attackers begin massing for another assault.

As the fur-clad ranks of the attackers draw together, something seems to ripple along the line.  Perhaps it is a change in the sound of the waves, or of the howling of the wind, but whatever it is, their beast-sharp senses pick it up.  They begin to turn, fixing their eyes on the sea and the long bone-covered strand.

Suddenly, the breakers shiver and fall apart, revealing glittering ice rising beneath the water.  Hundreds of helmets break the surface of the water, ice-white shield rims appearing beneath them as legions of Atlantean warriors wade onto the beach. On the flanks of the huge blocks of ice-clad warriors are other Atlanteans, smaller, clad in armor of polished coral and with shields of polished turtleshell and long coral-tipped spears.

Among the ice-clad heavy infantry tower other figures, huge Atlanteans in sleek sealskin with staves carved from the bones of gods.  Atlanteans never cease growing, learning, hungering, and the Angakoks are the largest, wisest and hungriest of the Atlanteans, priest-mages in service to the Unturned Stone, god of Atlantis.

With a deep, croaking cry, the Atlantean host leaves the sea and begins crashing forward, like a wave carved from glittering ice, over the bones that the sea cannot swallow.  Conch-horn trumpets moan and whaleskin drums thunder as the force moves towards the assembled Midgard army.   As they move, the ice that coats the rocks and bones of the beach begins to shudder, then rises into tall, jagged humanoid forms, surging forward to attack. 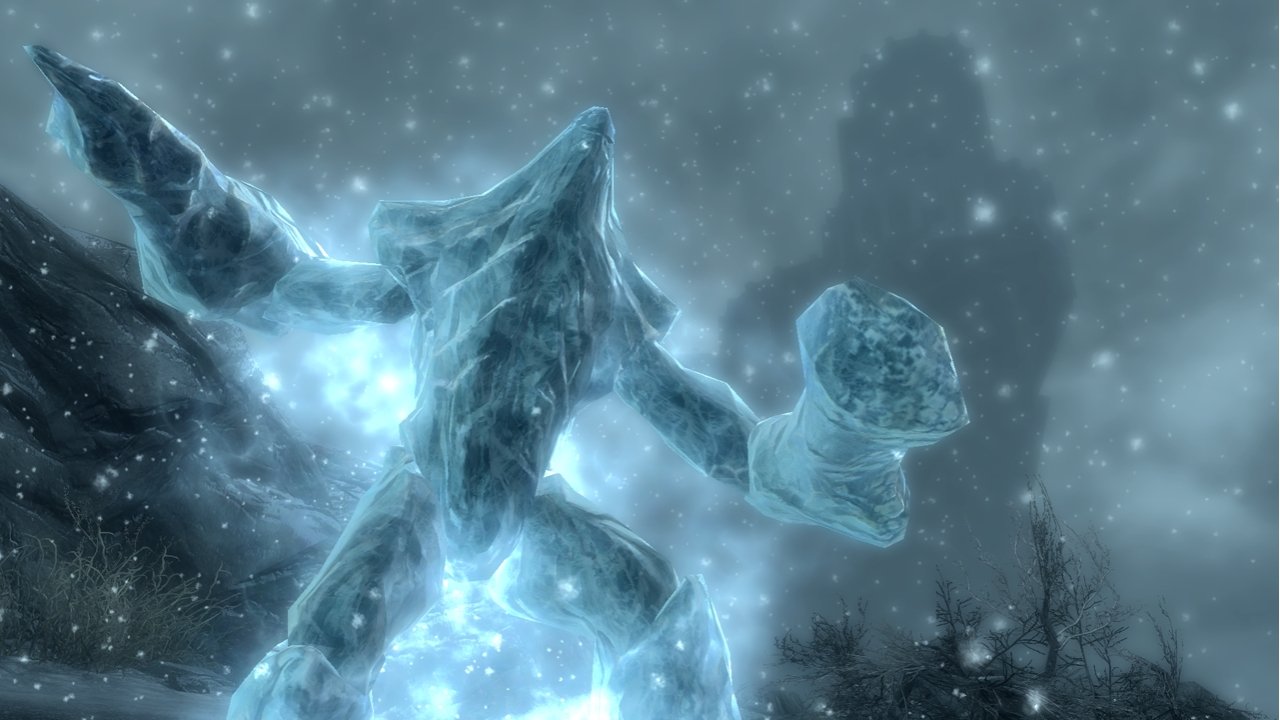 Howling, the wolfskin-armored skinshifters rush forward, and lightning begins crashing down from the sky, smashing into the Atlantean formations, but the bolts are few, too few, and the icy ranks of the warriors flow forward into the Midgard line.

The savage initial impact of the skinshifter charge hammers at the ranks of the Atlanteans, but the ice armor and frozen shields, tempered to diamond hardness by the cold, turns aside even the massive blades of the skinshifters.  Then the frozen swords begin to slash out, and the shifters begin to die.  Frenzied, they throw aside blades and humanity, transforming into massive, ravening wolfmen, but teeth and claws have no more effect on the frozen armor than swords did, and still the ice blades rise and fall.

In the center of the line, a column of bone-armored atlanteans, armed with heavy bone glaives, chops a hole in the Midgard line.  With a billow of frozen air, a dozen black-armored wights, necrotic blades in hand, push through the gap, slashing aside the frozen Midgarders.  Even the winter-born skinshifters flinch back from the inhuman cold of the wights.

With a wave, the Vanir lord calls forward his reserves, throwing them forward to plug the hole.  The howling mass leaps into the teeth of the cold and the slashing glaives to close the gap, but the wights shrug off blows, and the wounds on the glaive-wielding atlanteans close with unnatural speed.  For a few moments, the lines waver, but then the Elementals, living ice powered by the will of the Angakoks, strike.

Clots of darkness seem to form over the battlefield.  On wings of darkness, shrieking Lammashtas, servants of the lords of Tartarus, descend, attacking skinshifter and atlantean alike.  Skeletal hands reach up from the ground, catching the legs of the embattled Midgarders, and from the flanks, lighter-armored atlanteans and more of the bone-armored Assartuts close in.

Suddenly, it is over.  The Midgard line breaks apart, some fleeing up the beach, others, too frenzied to see the rout unfolding, stay and fight.  Neither reaction makes any difference.  For a time, the frozen mountains ring with shrieks and slaughter, until finally, the only sounds are the wind and the waves... Akutturat, First Angakok, stood on the outcrop of ice overlooking the beach and watched the little brothers feed.  Weary from spellcasting, he leaned on his god-bone staff and enjoyed the bite of the frozen wind and lash of the icy sea spray.

Malanakut, Commander of the Ice Guard approached, ducking his frozen helmet to show reverence as he neared the First.

“Losses?” inquired Akatturat, as he continued to gaze out at the blood-soaked bones of the beach.

“Excellent.  Well done.  Your battle strategy is to be commended.”

“Thank you First.  We have re-opened the citadel, and the siege is lifted.  Those within are in good condition, and the army will be ready to march soon.”

Akutturat gaped his jaws in elation, showing the rows of razor-sharp teeth lining his mouth.

“Feed the fallen to the little brothers and elder brothers.  Strip their bones and cast them upon the shore as an offering to Mother-sea and to the Unturned Stone.  Freeze their naked skulls into the Watching Wall, so they can watch the sea and stone until the end of the age.”

Feeling his exhaustion fall away, Akutturat turned from the sea and stared up the valley.  “The spear-wielding men and their elephants have broken our treaty.  We shall kill them and cast their bones upon the shore, and I will eat the heart of their goddess myself.” 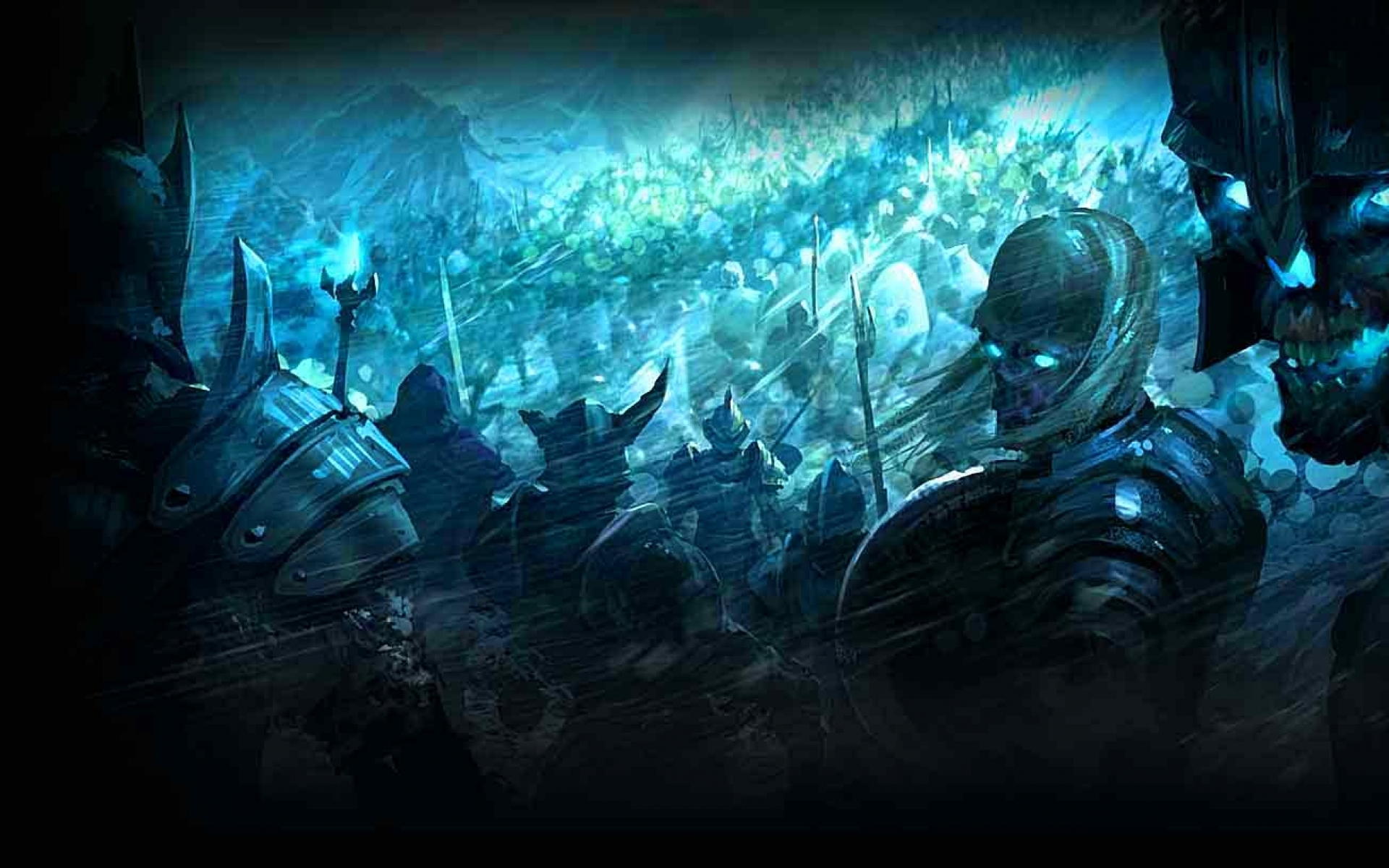 Posted by Jeremy Murphy at 3:48 PM