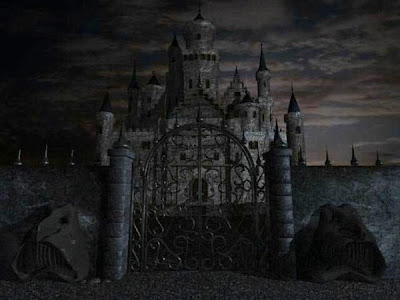 I got set up with an Abulafia account last night so that I could set up a new random generator.  If you know a bit about html coding then setting up a random generator is pretty easy.

I created one called Gothic Manor, which is designed to build a fantasy-gothic manor house, along with inhabitants, surroundings and a dark secret.

I took English Lit in university, and I found the Romantic Poets and Gothic literature were my favorites, plus I've always liked Lovecraft and Mythos fiction.  Hopefully there are shades of all of that in this generator.

Here is a little taste of the sort of results you can get:

The Manor is a huge, squat keep, built in an ancient style, now crumbling and enveloped by ivy. It is filled with empty rooms, rotting furniture and dusty wall hangings.  If examined closely, the tapestries depict ancient crimes – murders, rapes and much worse – all the perpetrators and victims appear to be members of the same family.

The Master is an enormous, shambling wreck of a man, clad in worn and stained clothing and with a massive, shaggy beard. He communicates mostly in grunts and scowls, seeming to stare at nothing and mutter to himself constantly. Occasionally, glimpses of his limbs and torso reveal horrible, barely-healed scars and oddly precise tattoos in what appear to be arcane designs.

The Mistress is ancient but unnaturally spry, seeming to be aware of everything that happens within the manor. Her hunched, black-clad form can be seen bustling around at all hours. In fact, she sometimes seems to be in several places at once.

The Staff are oddly uniform in appearance, dress and features, moving about their duties with silent, mechanical precision.

The Heir(s) are an indistinct horde of grubby, wild and violent children. It’s impossible to distinguish gender or age under the grime, scabs and snot, but they seem to be everywhere within the keep, and see everything that happens.

The Hunt are a hyaena-like, humped and cackling pack with a hunched and hooded keeper.

The Demesne are a scattering of strongly-built farmsteads, all barred and defended night and day.

The Dungeons are built around a single shaft with a circular stairwell that drops straight down into the earth. The occasional archway leads to a network of old mining tunnels and drifts, scattered with ancient, rusted equipment.

The Secret is that the manor is the old lair of a necromancer and a warren of the undead.
Posted by Jeremy Murphy at 12:54 PM