Middle Earth Quest and other Board Games 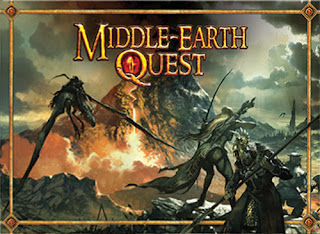 When I'm not playing RPG's or video games (damn you Torchlight 2), I like to play boardgames, and Middle Earth Quest looks really cool.

It's a co-operative/competitive board game based around the good ole Lord of the Rings.  This game would tie nicely into the start of a Lord of the Rings Roleplaying campaign, as I discussed earlier in Boardgames as a first RPG session.

I would want to play Sauron, personally.  I'm just like that.

If you want more information, PATV has a great show called Shut Up and Sit Down which reviews boardgames.  This week they did Middle Earth Quest.

Check it out here: http://penny-arcade.com/patv/episode/middle-earth-quest

In addition to Shut Up and Sit Down we have Wil Wheaton's Tabletop.  Every week Wil and his guests review the rules of a different board game, then do a play-through video.  It's funny and a great way to check out board games to see if they would be entertaining.

Youtube is also a good place to look for video reviews/playthroughs of board games.  The first time we played Arkham Horror, we used Grudunza's very comprehensive videos to orient ourselves.

We also used the complete tutorial for the Game of Thrones board game the first time we played it.  That one is actually produced by Fantasy Flight Games.  Tutorials like this are a handy way to get acclimatized to a game without having to read through the entire manual while everyone else is sitting around waiting for you.

Posted by Jeremy Murphy at 1:56 PM