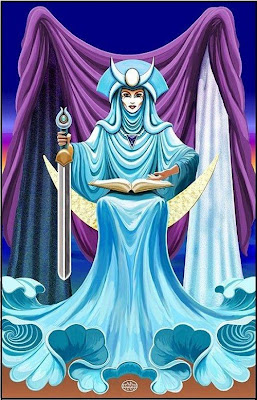 One True Danger:  It is whispered that the Prophecy of the Blue Rose once spoke of an event called the Withering, when the Priestess turned to evil, and the Thousand Steps became an Endless Pit.  No current copies of the Prophecy contain this material, but it is rumored that unedited copies exist.
Posted by Jeremy Murphy at 10:15 AM